A Toxic Workplace: What the Ellen Show Crisis Teaches Us About Employer Branding

It’s the talking point of Hollywood right now, and so we’re sure you’ve heard the recent expose of a toxic workplace behind the scenes at one of America’s biggest shows. Celebrity gossip and news columns are in overdrive with reports of enormous mistreatment of staff across Ellen DeGeneres’ show. The stories have caused outrage, not only destroying the reputation of the popular daytime TV show but also bringing the character of the once admired host into question too.

An undercover report by Buzzfeed interviewed current and former employees of the Ellen Show. The article which was published in July brought allegations of racism and intimidation in the workplace to the fore after speaking to 36 different sources. The accusers claimed the workplace was toxic and “dominated by fear” with reports of sexual harassment and misconduct. This has led to investigations into the show and claims that it will be the end of the road for a daytime TV staple. In the latest update three senior producers have been fired over the claims.

While it’s not for us to indulge in gossip, and we are not inclined to say what is true or not, this scandal teaches a lot about the significance of employer branding. It echoes what we have been saying throughout the Coronavirus pandemic. Mistreatment of your people, particularly in the era of social media, can be one of the quickest ways to damage your employer brand, consumer brand, and (in Ellen’s case) personal brand too.

Finding out that a workplace is toxic and doesn’t take care of its people will change attitudes forever. It will deter candidates from applying to work with you and could even impact whether consumers purchase from you or engage with your brand. When it comes to allegations of racial or sexual abuse, it could be something that employers will never come back from.

So, what does the public exposure of a toxic workplace teach us about how employers should behave in 2020?

In the wake of the Black Lives Matter movement, we can all understand that discrimination of any kind (but particularly racial discrimination) will cause outrage. Therefore, when it became public knowledge that employees at the Ellen Show were subject to racism, it was a huge red flag for many people. Racism is never acceptable. However, in a year in which such positive steps have been taken to fight racism, and many of us are actively trying to become antiracist, it’s not a good time to be called out.

One employee admitted to experiencing racist comments, actions, and “microaggressions” during her time working on the show. What makes matters even worse is that she claims she was punished for raising concerns about her treatment to the leadership team, meaning that her issues couldn’t be resolved, and the racism was almost condoned.

When these allegations were exposed, social media went into overdrive, proving that there is no place for racism and discrimination in the workplace in 2020.

Instead, employers should be actively trying to promote an antiracist culture. Providing a safe space for employees to discuss concerns, educating wider teams about micro-aggressions and how to avoid them as well as adjusting their hiring process to create a more inclusive workforce should all be priorities. Most of all, any allegations of discrimination of any kind should be addressed and taken very seriously. It should be known throughout an organisation and embedded into company values, that discrimination in the workplace will not be tolerated in an attempt to ensure all employees feel safe.

If the last 12 months have taught us anything, it’s that empathy is becoming more critical in leadership. It’s a value that candidates look for in a future employer as it speaks volumes about their management style and company culture. As many businesses have had to make tough decisions regarding their employees’ future recently, those that have shown compassion and respect for their employees have always come out on top.

The Ellen Show was accused of intimidating employees, which instantly brings to mind ideas of bullying, manipulation and scaring staff. Combining these rumours with claims regarding sexual assault, it’s also suggested that misogyny was rife in the workplace and used to intimidate workers.

Intimidation is a weak form of leadership and creates negative company culture, poor employee engagement and impacts your employer brand. According to a 2018 study, managing employees with pressure tactics results in more than a 90% increase in staff turnover, while using more inspirational tactics created a 68% decrease. High turnover leads to greater recruitment costs and can cause issues, especially if employees leave on bad terms and voice their opinions on social media.

To improve your employer brand, your leaders should be approachable, understanding and human. All of which are values which should be integrated into your EVP and internal processes. Intimidating employees will have severe implications on your business and reputation in the future. It can impact employee’s mental health and wellbeing, lead to burnout and contribute to negative perceptions of you online.

Reports of employees being reprimanded for raising concerns about their treatment in the workplace is a hugely negative reflection on the company culture. If the staff at the Ellen Show had no one to speak to about their concerns, it implies they weren’t valued, and their happiness wasn’t a priority.

It shows how vital it is to have a great HR team and an open-door policy to create a desirable company culture. Workers should feel comfortable talking about issues and know exactly who to report to if a problem arises regardless of industry. If employees feel they have no-one to turn to when there is an issue, and that loyalty lies with the person making their working life miserable, they will eventually look for employment elsewhere. It may also mean that their performance at work suffers if the problem affects their mental health.

Reports that employees at Ellen couldn’t even try to resolve their issues with leadership has severely impacted their employer brand. Employees and future candidates want to feel like their voices are heard, and their concerns are addressed. It may be challenging to please everyone; however, taking the time to listen to problems and creating a culture where employees feel comfortable to talk to leaders is better than nothing.

It’s important to note that the allegations about the Ellen Show were not made against the host directly. The employees surveyed claimed that DeGeneres either had no idea of what was going on behind the scenes or knew about the mistreatment and did nothing.

Leaders should not stand for any mistreatment of employees and should be willing to fight for a fair and enjoyable company culture. They also should not think themselves above dealing with the day to day. After all, it is the leadership team that are held accountable in situations like this.

If Ellen didn’t know about the controversy bubbling under the surface of her show, questions must be asked. It’s no longer acceptable for leaders to come into work when they feel and only talk to a select few. To improve your employer brand leaders must be aware of all goings-on and take accountability in the business. They should actively want to make their workplace better and make it clear that they are as passionate about the daily running of the company as those working on the ground every day.

It is the responsibility of management and leadership teams to ensure that employees are adhering to expected company behaviours, that they talk to employees about any concerns and that they are leading by example. Your employer brand will only take effect across the whole organisation if leadership teams believe in it and implement the expected behaviours and attitudes. What use is creating an EVP if the core values are not acted upon at all levels?

One of the most significant issues with the Ellen Show scandal is that the celebrity host has built her show, and personal brand, around being kind. She is renowned for turning kindness into a brand, selling subscriptions to “kindness boxes” to help everyone spread some happiness. For years the show has been used as a catalyst to help people in need, donating huge amounts of money to food banks or helping those struggling financially. Therefore, news of mistreatment in the workplace didn’t seem to add up. How can you promote kindness if it doesn’t start from within the organisation?

The criticisms could not have been more of a contrast to the public image of DeGeneres and her show, which doesn’t sit right with many people. Hypocrisy does nothing to help your brand. If your employer brand and facing public brand do not match up at least on core values, it will be called out eventually and will not reflect well on you. You should treat your people as your greatest asset, and if they’re to help deliver a message of kindness, then this should be reciprocated.

Ensuring your people are at the centre of your EVP and that your treatment of staff reflects the image you’re putting out into the world, will help you massively in the era of social media.

It’s clear that a toxic workplace can have severe implications for a business. In the age of social media, employers have nowhere to hide, which is proven by the fact that the scandal surrounding the Ellen Show has become international news. It’s more vital than ever, in the aftermath of a pandemic and huge discussions about inclusive workplaces that your people are your priority and this is echoed throughout your EVP, employer brand and company culture. 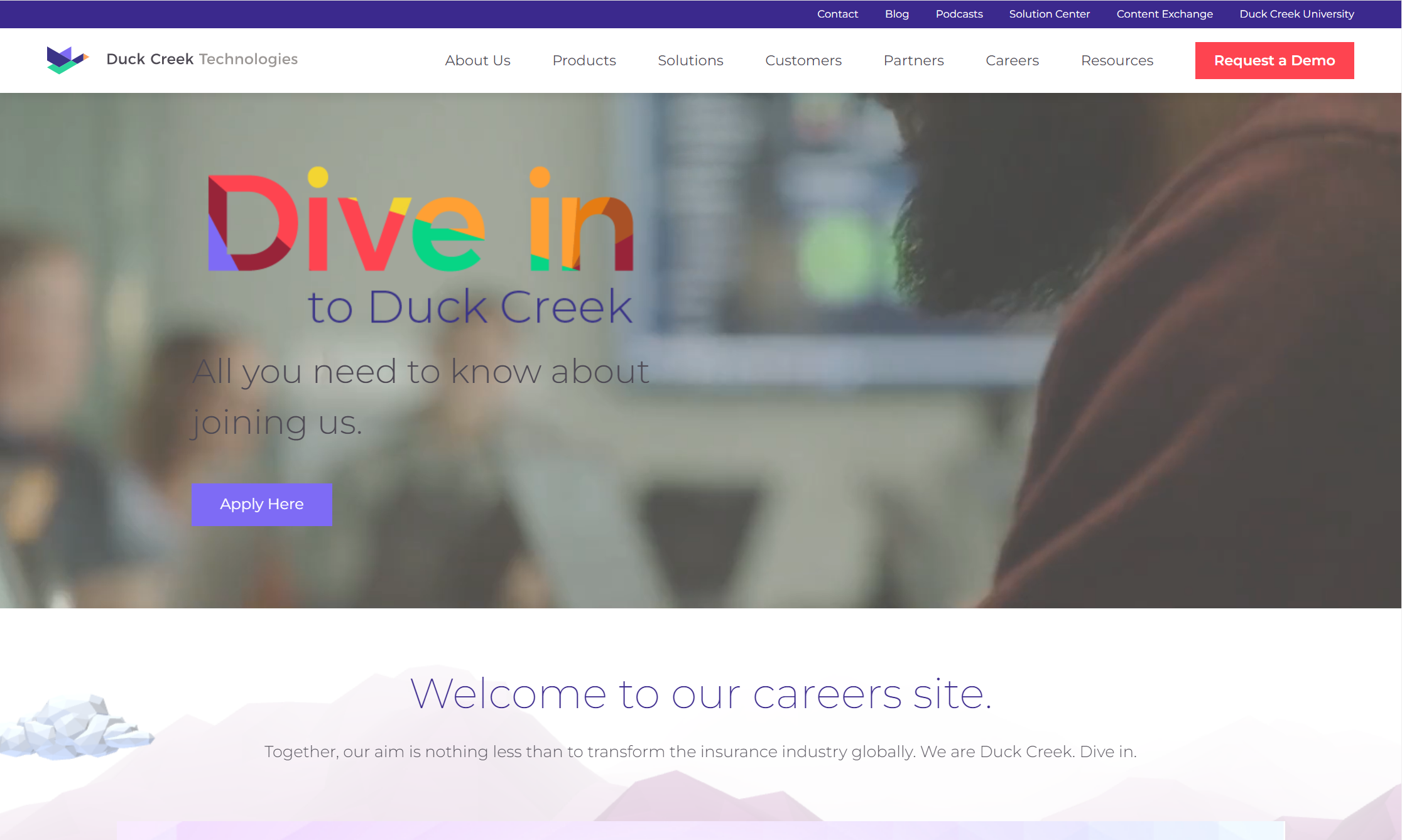