In the wake of recent social and political issues, companies are completely tackling social injustice, diversity, equity, and inclusion.  Now is the best time for brands to take a stand on issues such as racism and the current global health crisis through their marketing campaigns. And consumers have raised their voices in support.

However, it can also influence your employer brand too, as it can help to define your values and show candidates what you stand for as an organisation. More than ever, candidates want to work for a business which shares their outlook, therefore promoting your stance on social issues can help you to appeal to likeminded candidates, improve retention and form emotional connections between your business and job seekers,

Coming up with a unique brand response can be challenging as the fight rages on against social injustice, however. Let’s take a closer look at how brands are getting creative with their stand on today’s social issues.

Ben & Jerry’s has spoken out against various social issues, including proposed police reform in the United States. The ice cream brand used Twitter to share how the U.S. police’s budget can help fund employment training, education, and housing.

But what exactly makes Ben & Jerry’s stand on police reform compelling? If you look at the illustration they’ve shared, you’ll see someone scooping ice cream from a big bowl and smaller bowls with ice cream on them. It depicts how much of the U.S. police’s budget is being allocated for housing, education, and mental health counselling. Job training, for example, should evolve and adapt to today’s digital world.

Vanish’s newest ad campaign puts the spotlight on sustainable fashion with a film that shows clothes covering city streets and skyscrapers. Those fabrics represent the 90 million tons of fabric that go to landfills yearly — and it mostly comes from rarely worn clothes.

Vanish’s ad portrays piles of clothes that stand almost as tall as the buildings in the background. The photo is an eye-opener because it shows how textile waste can harm the environment. The campaign is a call for everyone to live more sustainably and make more eco-friendly decisions.

After England lost to Italy in the Euro 2020 soccer competition, three of its national players faced racist abuse online. Telecoms company BT showed its support for Marcus Rashford, Jadon Sancho, and Bukayo Saka with Instagram posts about the abuse.

One photo stands out among the brand’s multiple responses to the controversy: an image that resembles England’s national flag. But instead of the flag’s solid red cross, the picture shows the spike in online abuse after the Euro 2020 finals.

Like Vanish’s ad campaign, BT took a notable statistic and turned it into a creative call for change. The company’s Instagram post proves that pictures are powerful enough to spark conversations about relevant issues.

When it comes to beauty, Dove always creates meaningful conversations. Just one look at the brand’s Instagram account tells you how much it values diversity and female empowerment. Its posts also feature multicultural personalities.

But sometimes, Dove does more than talk about beauty. The Unilever brand recently joined the #StopAsianHate movement by highlighting ways to amplify Asian American and Pacific Islander voices.

The post blends simplicity and creativity to educate people about the struggles of the AAPI community.

Dove also rolled out an ad with medical professionals leading the battle against COVID-19. The campaign shows close-up shots of medical frontliners and salutes them for their hard work despite the current situation.

P&G has always been an advocate for sustainability and diversity. In particular, the company’s “Widen the Screen” initiative showcases black people stories, including their struggles, joys, ambitions, and disappointments.

The “Widen the Screen” initiative includes several films and ad campaigns that tackle discrimination against black people and encourages viewers to change their point of view. A specific example is “The Choice” campaign, which gives white people a subtle nudge to take action against racism.

REI is another brand that encourages environmentally friendly practices. In 2015, REI launched its #OptOutside campaign which involved closing down shop during Black Friday so employees can spend time outside instead. Several years later, that campaign is still going strong, except that diversity and inclusion are now in the spotlight.

For its “Limitless Sides to Outside” campaign, REI brought in outdoor lovers from multicultural and LGBTQIA+ communities. The brand featured these personalities in a video introducing the campaign with a dedicated webpage sharing the appeal of the outdoors.

More than that, REI tapped film director Angela Tucker to create “The Trees Remember,” a short film series. The videos showcase Black women connecting with their loved ones in nature.

Be Creative About Your Stance on Social Issues

Customers and employees want brands that take immediate action on social issues. To earn audience trust and build your employer brand, you need to craft the right recruitment marketing strategy to showcase your values and (genuinely) support the right causes. That said, always make sure your creative social media strategy reflects where you stand so you’re getting your message across to the right people.

Are hybrid businesses testing the psychology of work? 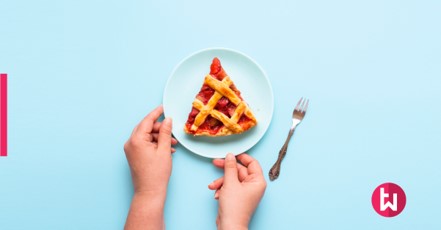 Are transparent salaries a good idea? 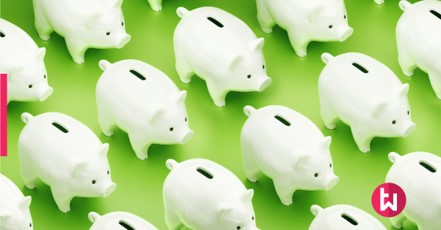 The Future of Remote Work: What Can We Expect?

Is The Right Talent Key To Scaling Your Company Culture?

What Netflix can teach HR leaders about employee engagement