Should Tech Scaleups Include the Salary in Job Advertisements to Support Tech Recruitment?

It’s an age-old debate when you write a job advertisement; do you show the salary or do you write something vague like “competitive”? For years, negotiating salary has been a bit like a game of cat and mouse; employers want to gauge what a candidate is already earning to determine how much they’ll offer them in a new role, rather than paying what they’re worth. However, more individuals are trying to call out this cost-cutting tactic. Employers should have an idea of what the job is worth, even if it’s more of a salary range, and therefore why would you not be open about it?

Withholding salaries isn’t a new concept, but it is concerning. It encourages a culture of secrecy within an organisation, leading to inequality in the workplace and employees feeling uncomfortable if they question salaries. If you’ve already benchmarked the role and know a reasonable and fair salary someone who is working it should expect, why would you undercut them for the sake of saving money? Surely this will lead to negative employer brand perceptions, and higher employee attrition as talent go out in search of higher pay for the same job.

In a competitive talent market, where tech talent is faced with the highest amount of open vacancies than ever before, salaries are on the rise. Tech talent knows this, and they’re on the move with the temptation of higher wages drawing them away from their current employer. As a result, tech giants are offering more heightened than ever salaries to ensure they win the fight for in-demand skills and experienced talent while scaleups and startups can in no way compete.

We all know that salary isn’t everything when it comes to finding the right employer for you. It’s also about company culture, employer brand, and its values and mission. However, with news about the cost of living rising constantly making headlines and tech salaries being increased dramatically in hopes of winning the war on talent, it’s no surprise that it’s becoming more of a priority for many.

So, the debate about salary disclosure has come to prominence once again. While tech startups and scaleups can’t compete with the likes of Google, Amazon and Apple when it comes to salaries, will disclosing them help talent attraction in this increasingly competitive talent market? Will it improve your tech recruitment strategy if you’re honest and open about compensation and benefits from the start?

We’re investigating some of the reasons why you should always disclose the salary in a job advert:

Having a clearly stated salary written on your job application removes the need for negotiation. Candidates can see what they’ll be paid for the role if they’re successful, and they know it won’t be likely to be knocked down due to a lack of experience or personal circumstances. Salary negotiation is never a fair process. Depending on your gender, race, sexual orientation, or background, there is room to be discriminated against if the salary is up for negotiation. It also means that employees can use any weaknesses you may own up to in the interview process, say you’re less proficient in python but are learning, as a reason to low-ball you on salary despite the fact they think you’re a fit for the role.

Also, suppose an employer bases their offer on the candidate’s current salary. In that case, it could be much less than you’d pay another candidate, depending on whether or not the candidate is currently paid what they deserve. It leaves more room to discriminate and underpay candidates. Being upfront and honest about the salary shows that no matter your background, gender or race, you’ll be paid a fair amount for doing the job. Disclosing compensation rather than negotiating at the offer stage means paying what the job is worth, not what you believe the individual is worth.

It is no surprise that being open about the salary upfront increases the number of applications you receive for a role. This is backed by research from Jobsite, which claims that they see a 25-35% drop in candidates when salaries are hidden. Having additional applications means that, of course, you’ll improve your chances of hiring a quality candidate.

However, showing the salary can also improve the quality of candidates as it gives them the ability to self-select. Candidates all have a salary in mind when looking for a new job. They know what they’re being paid already, and if they’re savvy, they should have researched the industry standard in their area and set a realistic target for a salary boost.

Therefore, if they can see that a salary is within their expected range, they should know if they’re a good fit. If it’s a larger salary than they expect, it’s easy to assume that there are more responsibilities involved in the role that the candidate may not be suitable for. Similarly, if it’s too low of a salary, they’ll know it’s not worth them applying before they waste the time of your talent teams. Being upfront about the compensation you’re prepared to offer can help ensure that suitable candidates apply; those with the right experience level and skills. Therefore, it will speed up the recruitment process and reduce the number of drop-offs when the pay is disclosed.

If salaries are hidden, and there is secrecy surrounding them, the employee will often base the final offer on the candidates’ current salary. As a result, people who are currently under-paid for their work stay that way and will find it harder to break out of the cycle. This then feeds the much bigger issue of pay gaps, whether the gender pay gap, disability pay gap or discrimination based on sexual orientation or race. If individuals in minority groups are traditionally paid less, new employers will jump on the bandwagon, and they’ll never be paid what they’re worth. So asking for a current salary can lead to discrimination, even if you don’t realise it’s doing so.

To support this, research has proven that when asking for current salaries was banned in the recruitment process, pay increased for black candidates by 13% and for women by 8%. This proves that negotiating salary rather than being up-front about the role is worth can mean people aren’t paid what they deserve. So, in theory, a woman could be paid significantly less than if a male filled the position. This is why the gender pay gap (and many other pay gaps) still exists to this day.

You’ll be living up to company values

Does your company claim to be transparent? Do you pride yourselves on being an honest and equal workplace? If the answer is yes, you should disclose the salary at the beginning of the application process. Otherwise, you’re contradicting your company values. To be true to your employer brand, you need to stick to these values and show them. No company can claim to be a fair, respectful, and inclusive workplace if there is still secrecy surrounding salaries. If anything, it can damage your company culture.

We all know that contradicting your employer brand can lead to retention and talent attraction issues. Suppose you don’t clearly practice the values you preach from the beginning of the candidate experience. How can candidates trust that the rest of your employer brand communications are a true reflection of your workplace? This is leading with a culture of mistrust. If honesty and openness is something your company prides itself on, you need to start incorporating this into every single touchpoint you have with candidates, including job advertisements.

You’ll save everyone time

Salary is often an indication of the level of responsibility required in a role and the expected levels of knowledge and experience needed to succeed. It’s a great indicator of whether a candidate is suitable for a position, both for them and for your recruitment teams. Having an upfront salary, therefore, saves everyone time. It means your recruiters aren’t spending hours talking to candidates who will reject the job if the salary isn’t suitable for them and sets expectations from the beginning. Screening candidates takes a considerable amount of time, so reducing the need to do this means that your recruiters will have more time to focus on the job at hand. This will stop them from being overwhelmed if they’re inundated with applicants from all ranges of the experience spectrum.

For candidates, applying for jobs is stressful and time-consuming, especially balancing it with their current role. For these people, finding out during the process that the salary on offer isn’t appropriate or what they were expecting means more of their time is wasted. If you value and respect a candidate’s time, stop wasting it and be upfront about salary. As a result, this will improve your employer brand as it shows you care about candidates and are an honest, straightforward employer. If candidates realise straight away that a role isn’t right for them, it won’t hinder them from applying in the future. However, if you waste their time, it definitely will.

Therefore, we’d argue that it’s worth including the salary in the job description, but it would be great to hear your thoughts.

Learn more about the #ShowTheSalary campaign by visiting their website.

Contact us to learn more about how Talent Works can support your talent acquisition efforts and tech recruitment, including writing job descriptions, promoting job adverts on digital platforms and even directly sourcing candidates.

8 Recruitment Trends We Expect To See More of In 2022

Hiring at Volume: How Do You Evaluate If You’re Bringing In The Right Talent?

On and Off Hiring: How to Use Hiring Downtime To Your Advantage 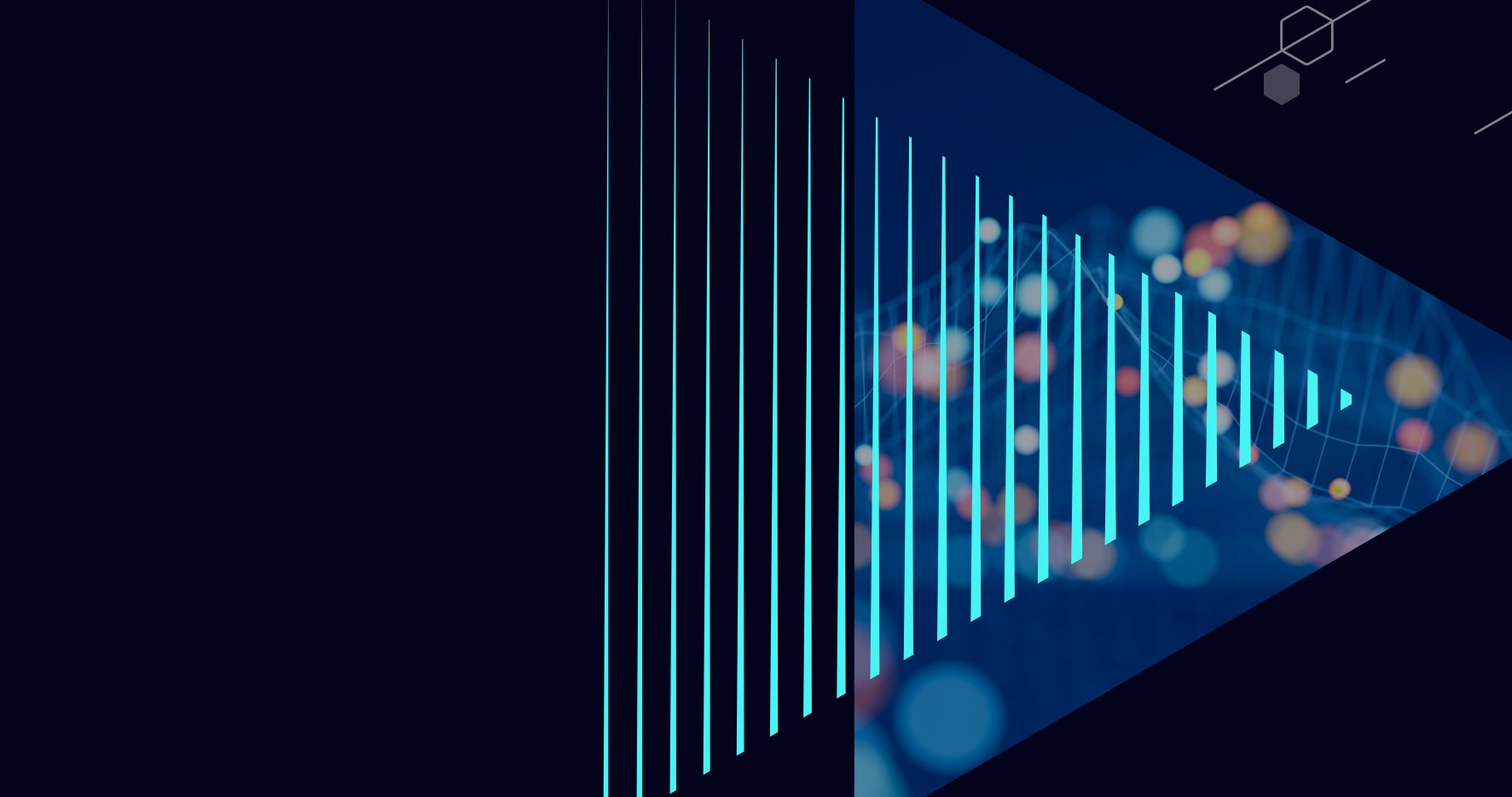 Should the candidate experience be synonymous with customer experience?

So, you’ve built a ready to hire talent pool; what do you do next?